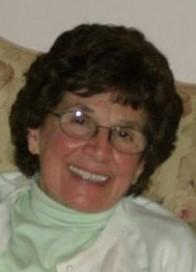 Obituary of Virginia A. Spencer

Jean passed away peacefully on Christmas Eve. She was ninety-two (92) years old and a lifelong resident of Syracuse. She graduated from Valley Academy and was predeceased by her husbands Eugene J. Spencer Jr. and Joseph R. Hanyak. Jean was also predeceased by her parents Joseph and Mary (Cifaretta) Palmisano; brothers Anthony, Charles and John; sisters Mary Angeline (Behm) and Lucille, along with her granddaughter Carrie Anne Dischiave.

Jean started her career in education as a secretary in the Syracuse City School District. While working full time, caring for an ill husband and raising three children, she continued her education at Syracuse University to become a school teacher. Her teaching career began at Syracuse Central Tech High School before taking a position in the East Syracuse Minoa School District, retiring after 25 years.

In her retirement, Jean enjoyed golf at Bellevue Country Club where she and Joe were long time members, summers on Otisco Lake, winters at Miles Grant in Stuart, FL and lunch dates with her Valley Girls.

Jean sang in the Cathedral choir for many years and was involved in programs for the homeless and less fortunate at Cathedral, Rescue Mission, Father Brady Center, as well as advocating for the city's West End Improvements and neighborhood protections. She was a member of the St. Thomas Moore Association at SU.

Special Thanks to all of her caregivers for the past 5 years.

A calling hour will be from 9 to 10am, and a Mass of Christian Burial will then be celebrated at 10am, both held Friday, January 6, 2023 in Most Holy Rosary Church, 111 Roberts Ave., Syracuse. The Rite of Committal and burial will follow at St. Mary's Cemetery, Dewitt.

Donations can be made to National Brain Tumor Association, Hospice or the charity of your choice.

Share Your Memory of
Virginia
Upload Your Memory View All Memories
Be the first to upload a memory!
Share A Memory
Send Flowers
Plant a Tree