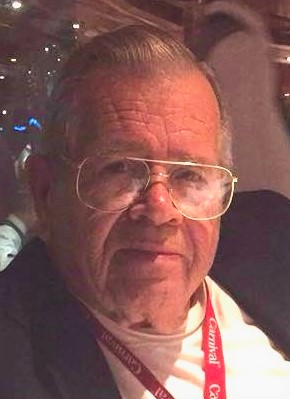 Obituary of Frederick B. Nutting

Frederick B. Nutting, 86, of Marcellus, NY and a life resident of upstate New York, passed away at home on December 23, 2022.

Fred was born February 8, 1936 in Syracuse to Alice (Strickland) and Fred Nutting. He was predeceased by his wife of 52 years, Janet Nutting.

Fred graduated from North High School and SUNY Cobleskill. He also attended Syracuse University earning a degree in accounting. While in college Fred joined Theta Gamma Fraternity. He played football and was a member of the choir and drama club. Fred opened his first accounting office in 1972 and retired at age 86. He has an intelligent mind and was competitive in his yearly certification classes, believing the vocation of every man is to serve other people. Fred enjoyed social events, traveling, cooking, gardening, organizing, collecting coins and antiques, working on preventive maintenance, riding his John Deere, as well as puttering around his home.

Fred was a member of the Marcellus First Presbyterian Church. He joined the Morning Star Lodge #524 in 1978 where he was treasurer for 21 years, seven times patron, also Grand Patron of District in 1999, held the office of Steward and Marshall. He was a member of the Scottish Rite.

In 2016 Fred reunited with his college sweetheart Jackie Nash. They enjoyed long drives to nowhere, traveling, family time, and were active animal lovers. Fred was a truly selfless person who always put the needs of family and others first. He was a unique person and will be missed by all who knew him.

Calling hours will be Thursday, December 29, 2022 from 2 to 5pm at Ryan Funeral Home, 44 E. Main Street, Marcellus, and immediately following will be an Eastern Star Service, a Masonic Service and a Funeral Service, all also held at the funeral home. Burial will be in the spring at Pine Ridge Cemetery, Navarino.

In lieu of flowers, contributions may be made to your favorite charity.

Share Your Memory of
Frederick
Upload Your Memory View All Memories
Be the first to upload a memory!
Share A Memory
Send Flowers
Plant a Tree