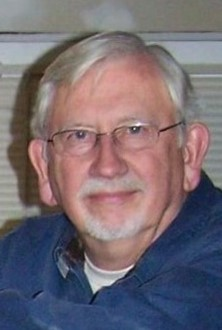 Russell "Russ" Owen Lange, 78, of Marcellus, NY and formerly of Winthrop, MN, passed away peacefully Saturday, October 8, 2022, at his home. A viewing will be held at Ryan Funeral Home, 44 E. Main St., Marcellus, NY, on Thursday, October 13, from 3:00-5:00 PM. Cremation will follow, and his ashes will be laid to rest in his Minnesota hometown at a private burial service. Russ was born February 22, 1944, in Springfield, MN, to Arthur and Ella Lange of Wabasso, MN. He graduated from Winthrop High School in 1962 and Minnesota State University in 1966. He also served in the Army and was honorably discharged. Russ was active even in retirement, from volunteering over the years at Meals on Wheels to his many hobbies. He owned a winemaking shop and continued that passion throughout the years at home – winning many awards over the years at the State Fair and other events. One of his favorite pastimes was rebuilding old cars, culminating in the latest 1932 Ford Flathead Roadster. Like winemaking, he won many awards for his cars. No matter what was going on, anyone who interacted with him knew he loved his jokes, and his family was especially fond of his dad jokes. Russ is survived by his wife Marlene A. Smith Lange of Marcellus; brother Richard Lange of Arizona and two daughters Kim Moore (Ray Oliver) of Clay, NY and Katherine Lange of Naples, FL. He also has two stepsons Vincent M. Toscano (Christie Toscano) of Clay, NY, and Jeffrey Toscano (Ruztique Toscano) of Tampa, FL, and six step-grandchildren Anthony, Nicolas, Gianni, Payton, Izabella, and Sophia Toscano. The family asks that donations be made in his name to Meals on Wheels of Syracuse, 4600 Genesee Street, Syracuse, NY 13219, in lieu of flowers.
Thursday
13
October

Share Your Memory of
Russell
Upload Your Memory View All Memories
Be the first to upload a memory!
Share A Memory
Send Flowers
Plant a Tree