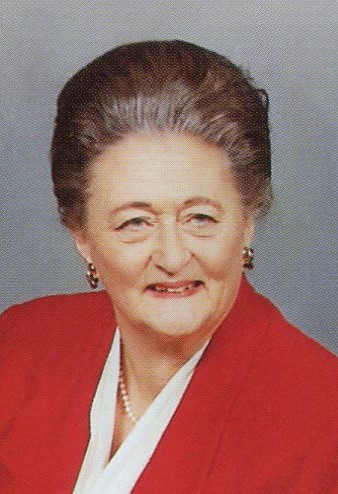 Lois Rankin Messé, 98, of Marcellus, passed away peacefully August 29, 2022 in the comfort of her own home.

Born in Canada, her parents moved to Syracuse when she was a child. She graduated from Most Holy Rosary High School in 1943 and Syracuse University in 1947. Lois married Thomas Messé after he returned from Army service in Europe in WW II. She taught physical education at East Syracuse Minoa, while Tom finished college, and continued as a substitute teacher while raising three children in Marcellus.

Lois and Tom moved to Marcellus in 1951 and founded Marcellus Motors on Main St. as the youngest Ford dealership in NYS. They later owned and operated Onondaga Oil Company, Inc for several decades with divisions in Syracuse and Marcellus distributing heating oil and petroleum products throughout several counties in Central NY.

Lois was a communicant and Eucharistic Minister of St. Francis Xavier Church, Marcellus, and an avid golfer at Skaneateles Country Club.

Community service was an important part of Lois's life. She volunteered her time and energy to numerous charities. In the 1960s she was the parent leader of troops of Brownies, Cadet Scouts and Cub Scouts. Lois enjoyed her service on the CNY Council of the AFS, an international cultural exchange program. She and Tom hosted cultural exchange students in their home from Mexico and Trinidad/Tobago. They were leaders of the community effort to raise funds for a building on North St to facilitate religious release time education. She loved the outdoors and taught numerous children to swim as one of the originators of the Red Cross Learn to Swim program at Austin Park, Skaneateles.

Lois will be remembered as an avid S.U. football and basketball fan. She started attending games at age 5, in 1929, with her father in Archbald Stadium; and, was well-known by the welcoming staff of the Dome as she consistently attended games in her wheelchair up into her 90s.

She was predeceased by her husband, Thomas, and her parents John and Kathleen Rankin. Surviving relatives are her son Jack (Ellen) of New Ipswich, NH; her daughter Barbara (Carlile) Bolton-Smith of Skaneateles; her son Bill (Susan) of Syracuse; grandchildren Rick (Stacey) of DeWitt; Brian of Syracuse; Graham of Red Lodge, MT; and Adrienne of Brattleboro, VT. Also, three great-grandchildren Brianna, Liam and Kate, and many relatives in Nova Scotia.

In lieu of flowers, donations in Lois's name may be made to the Marcellus Historical Society or St. Francis Xavier Church

Share Your Memory of
Lois
Upload Your Memory View All Memories
Be the first to upload a memory!
Share A Memory
Send Flowers
Plant a Tree