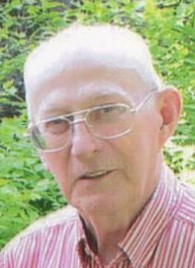 Robert "Bob" Hayden, of Marcellus, passed away at his home among family on March 4, 2022 at the age of 85 after a long illness. Bob will be greatly missed for his sense of humor, love of bluegrass music, gentleness and concern for others.

Bob was instrumental in starting Marcellus Bluegrass, which meets on Friday nights at the Marcellus American Legion, where he enjoyed playing the banjo and fiddle among friends. He retired from Marcellus Central Schools as a beloved school bus driver, after previously retiring from FedEx.

Bob's kindness and legacy will live on in the hearts and minds of everyone he interacted with, as well as those he reached but never met.

Funeral services will be private. Those wishing to honor his life can make a donation in Bob's name to Parkinson's research visit Tribute to Robert Hayden|The Michael J. Fox Foundation for Parkinson's Disease Research or the Marcellus Free Library at 32 Maple St, Marcellus NY 13108.