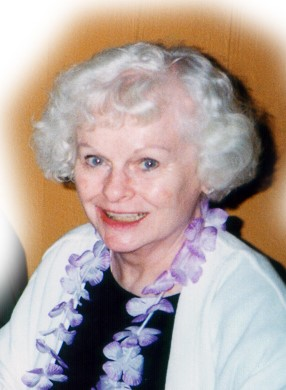 Margaret A. "Peg" Marley, 92, died on February 25, 2021. Peg was a native of Syracuse, NY, a retired registered nurse and one of the last of The Greatest Generation. After sacrifices of the Great Depression and WWII she raised a family in the suburbs, working nights part time as a preemie nurse. When the kids were long gone, Peg and her husband Ray moved south to Stafford, VA in 1978 and then to Yorktown, VA in 2013. She died at Warwick Forest Assisted Living, Newport News, VA, where she was in memory care since 2017. Peg was predeceased by her husband of 55 years, Raymond in 2005; son Kevin Marley of Jacksonville, FL in 2004; granddaughter Erin Marley of Roanoke, VA in 2016 and her brothers Carl Fish of American Canyon, CA in 2014 and Charles Fish of Potsdam, NY in 2018. Surviving Peg are her daughter Allison (Eric) Hillerman of Yorktown, VA; grandson Christopher (Julie) Marley and great-grandson Noah Marley of Oklahoma City, OK; sisters-in-law Donna Fish of American Canyon, CA and Bernice Marley of Liverpool, NY; nephew Ed (Pamela Meyer) Fish of Solvay, NY and numerous other nieces and nephews. A private service and burial will be held in Marcellus, NY. Contributions may be made to Alzheimer's Association, Central New York Chapter, 6215 Sheridan Drive Suite 100, Amherst, NY 14221.

Share Your Memory of
Margaret
Upload Your Memory View All Memories
Be the first to upload a memory!
Share A Memory
Plant a Tree