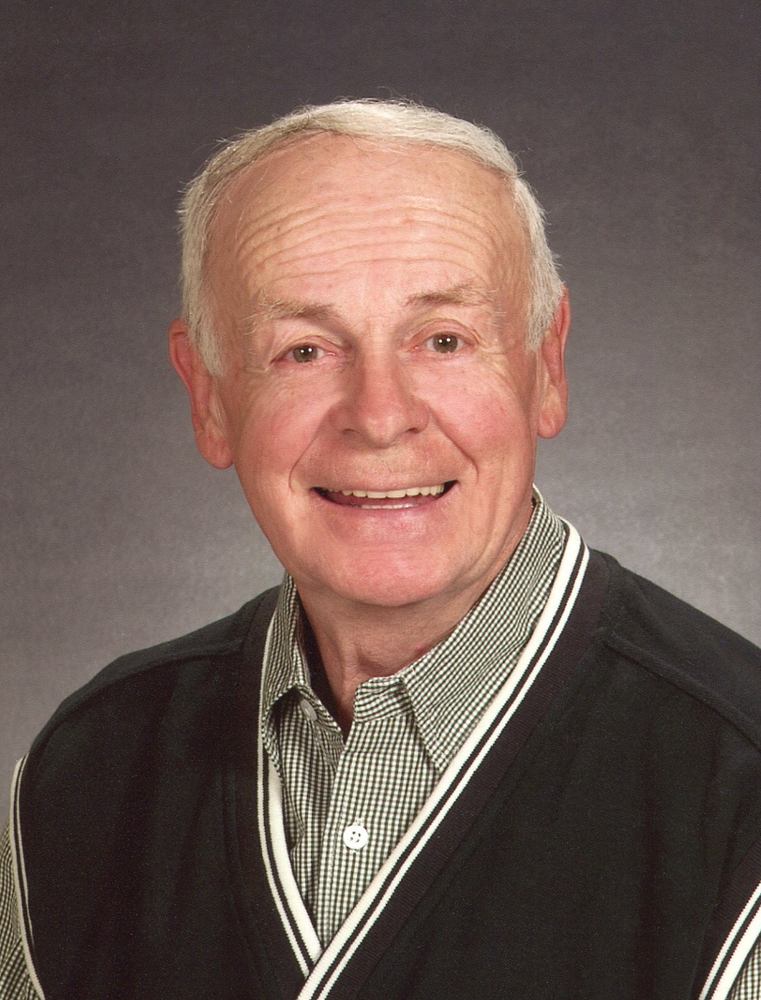 Obituary of Joseph B. Delaney

Joseph Bernard Delaney, 82, son of Bernard and Elizabeth Delaney, peacefully passed away at home on Sunday, October 11, 2020. He spent the first 80 years of his life on Delaney Farms before moving to the village of Marcellus. He is survived by his loving wife of 57 years, Margie (McLaughlin) Delaney. He felt blessed to have 6 healthy children: Timothy (Jennifer); Dennis; Colleen (Pete) Baker; James; Megan (Matt) Moses; and Kerry (Tim) Manahan. Joe was also blessed with 15 grandchildren: Katy, Liam, Abigail & Claire Delaney; Mitchell Delaney; Kellan, Jacob & Maggie Baker; Caitlin Delaney; Maisie, Ryan, Emily & Molly Moses; and Delaney & Nolan Manahan. He is also survived by his brother, Peter (Judy), several nieces, nephews and cousins. Joe was a graduate of Marcellus Central and an all-county player on their champion football and basketball teams. He carried his athletic prowess and the Mustang mascot with him to Morrisville Ag & Tech. Joe was drafted into the U.S. Army and he was stationed in the Florida Keys with the Hawk Missile Battalion during the Cuban Missile Crisis. Joe was employed at Poole Oil Company, CNY Management Co., Allied Chemical and retired from Syracuse University's Steam Station after 20+ years. Joe was a member and Commander of the Marcellus American Legion Post 297. He served as V.P. of the Marcellus Jaycees and was awarded the Outstanding Athletic Booster Club plaque. He was a Little League Coach, a Biddy Basketball Coach and graciously served the role of patient chauffeur to his children's countless practices and games. In his retirement, Joe became an avid bowler and an accomplished horseshoe player, winning the Elders World Class N Champion in 2014. As a communicant of St. Michael's Church in Onondaga Hill, he was a member of their Bingo Team and Eucharistic Minister. Most recently, he was a parishioner of St. Francis Xavier Church in Marcellus. Joe also volunteered at Unity Kitchen, Baltimore Woods, the American Red Cross and the Disabled American Veterans. Joe's many bucket list goals were met: a football game at Notre Dame; a Yankee game at their new stadium; a trip to Ireland. Joe and Margie drove across the U.S. three times visiting 48 state capitals and viewing the vast landscape of the USA. His favorite hobby was cheering on his kids and grandkids at their sporting events, musical concerts, plays and graduations. Joe was surrounded by the faith, love, and laughter of his family and friends; and good ol' Irish music until the very end. A private Funeral Mass will be celebrated in St. Francis Xavier Church and the burial will follow with Military Honors at St. Francis Xavier Cemetery, Marcellus. A celebration Mass of his life and a reception will be held at a later date. The family asks that in lieu of flowers, donations may be made to St. Francis Xavier Church, 1 West Main St, Marcellus, NY 13108 or Hospice of Central New York of the Finger Lakes, 990 Seventh North St., Liverpool, NY 13088. Til We Meet Again

Share Your Memory of
Joseph
Upload Your Memory View All Memories
Be the first to upload a memory!
Share A Memory
Plant a Tree