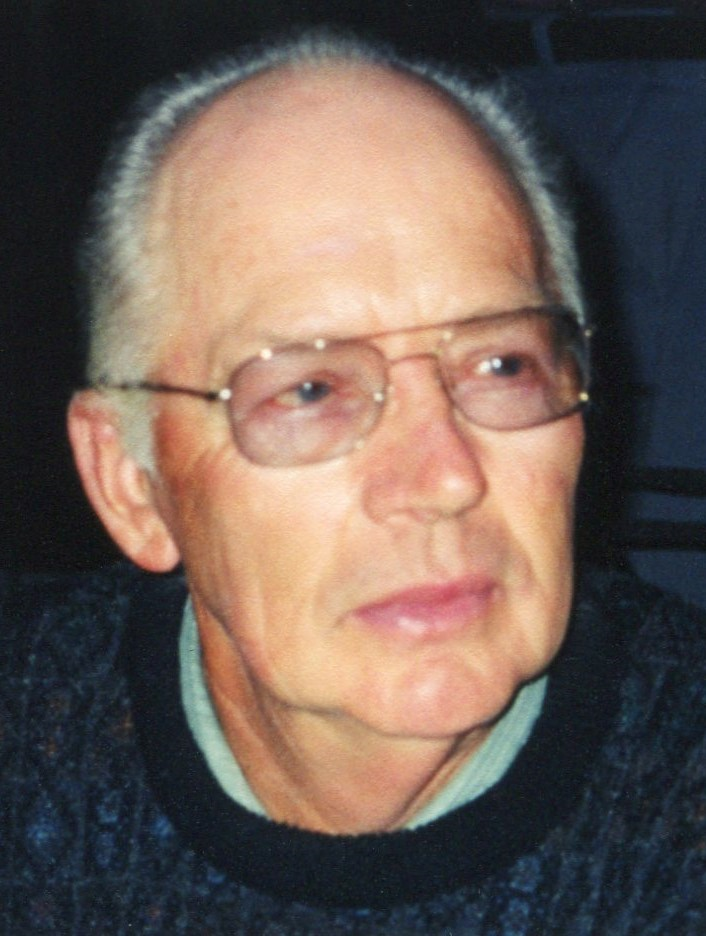 Ronald Francis Nash, 85 of Navarino, NY passed away Wednesday at home surrounded by his loved ones. Ron's life can't be shortened to a mere obituary. He was a man with countless talents, stories and a personality bigger than life. His character is passed on to the ones he loved and met along his journey. Love- Ron and Wilma were married in 1954. They have been best friends since their marriage, 65 years ago. Their first child, a son, arrived on November 1, 1956. Edward brought so much joy and love to the newlyweds. Ed learned the carpentry trade from his father and continues to follow in his footsteps. Their daughter, Sue, was born on February 11, 1959. She was the light of his life. Ron celebrated and bragged of all her life accomplishments, especially earning her RN. Ron loved his family with all his heart. Wilma's story- "We were married by candlelight. I waited at the alter for my groom. As time ticked by my anxiety rose. I thought I was going to have to marry Bob, Ron's twin brother instead. The doors burst open and Ron rushed into the chapel with a new pack of gum held tightly in his hand. I guess he wanted fresh breath for our first kiss." Humor- Ron had the driest sense of humor you could imagine. He loved to tease people and responded with a slight, sly smile and a twinkle in his eyes. The only thing that made him happier than getting after someone was when they matched his wit. Ron's story- "We would grab a long straw and a bottle opener and head down to Green Hills market. Outside the store was a coke machine. You could place your coin in and a coke would slide out the bottom. I learned that with a little patience and luck you could reach into the machine and pop the top of the coke bottle. I would then work the straw into the top of the bottle and slurp the soda dry. The best part was hiding after I had finished my treat and waiting for the next person to come along and purchase their empty soda." Hardworking- Whether there was a fleet of concrete mixing trucks ready to be poured or trusses to be hung, Ron was there pushing sweat from his eyes to complete the task. He has built countless pole barns, log cabins and homes for people around the Marcellus and Otisco area. Ron worked until the age of 82. Ron's story- "We worked farms when I was a kid. My dad moved around as needed and we helped with chores around the barn. It was a clear summer day when a loud hum of an airplane came into site. The plane came to a quick landing in the open hay lot and I rushed to see the visitor. 'Do you have any extra gas?' he asked with concern in his eyes. 'Just had enough to make the landing,' he said as he turned and nodded toward the plane. I rushed to the barn and quickly returned with a full can of fuel. He emptied the container into his plane and offered me a ride for my trouble. I climbed into the seat and looked down at the farm from the sky. It was an adventure I will not soon forget." Successful- Success isn't measured by bank accounts, but instead by the ones you impacted along the way. Ron was the owner and founder of Ron Nash and Son Builders. The business started with his brothers at his side. He also owned a restaurant named "The Shanty" in Amber, NY. They were famous for their chicken BBQ and fish fry. Ron's story- "Running two business wasn't easy. It's important to slow down and enjoy the people that work with you. After a long day at the Shanty, someone would come out with a ready whip container and it was game on. The cans were shaken and sprayed at each other. People ran across the parking lot escaping the spraying foam and trying to hit their own targets." Bob's story- "We were measuring out a roof for shingles. I grabbed one end of the tape and Ron had the other. We walked in separate directions, each holding an end. Suddenly I ran out of space and stepped right off the roof and landed firmly on the ground. I turned, looked up and Ron was standing above me with the tape in his hand and a smile on his face." Ron will be remembered for his countless stories that display his personality. He will be greatly missed, but never forgotten. He is survived by his wife Wilma (Volles) Nash, married 65 years; son Edward (Deanne) Nash; twin brother Robert (Barb) Nash; son-in-law Gary Wood; grandsons Eric (Colleen) Nash and Brandon Nash; granddaughter Elizabeth Robison and 10 great-grandchildren. Predeceased by daughter Sue Wood, brothers Kenneth Nash, and Arthur (Margaret) Nash. The Nash family will have a celebration of life at a date to be determined. In lieu of flowers, the Nash family would like you to complete an item off your bucket list. Please don't put off that special trip for next year.

Share Your Memory of
Ronald
Upload Your Memory View All Memories
Be the first to upload a memory!
Share A Memory
Plant a Tree