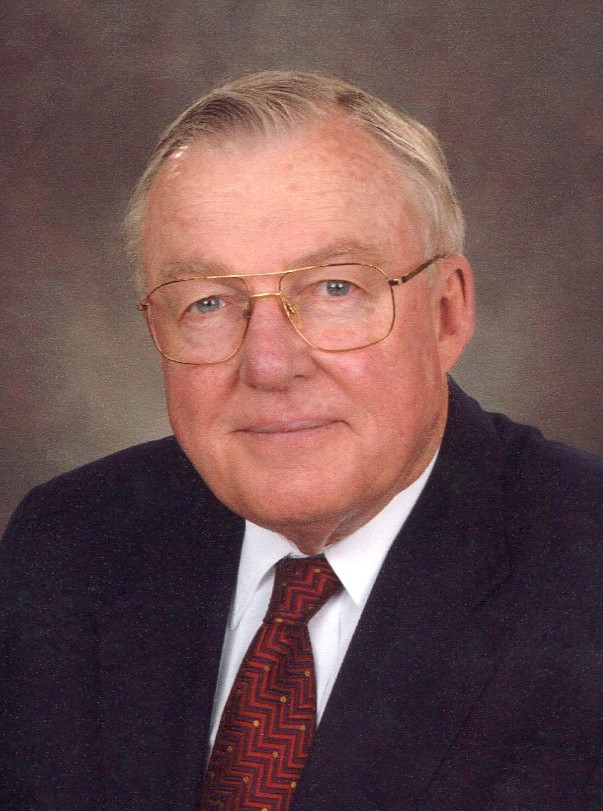 James F. Dwyer, age 89 years, died peacefully at his residence in Wyckoff, New Jersey on March 25th. Jim was originally from Syracuse and later resided in Marcellus, New York for over 50 years where he retired as a lawyer and Town Justice. He was the son of the late Andrew F. and Bertha E. (Bea) Dwyer. Jim graduated from Onondaga Valley Academy where he was selected to the City and County All-Star team in 1947 & 1948. He graduated from St. Bonaventure University in 1953, and then the U.S. Naval School as an Officer Candidate and was then commissioned Ensign in 1954. He served three years of active duty and during that time he attended the School of Naval Justice and thereafter participated in various court-martials aboard his ship. Jim continued his service in the Naval Reserve until his retirement in 1985 at the rank of Captain. He attended and graduated from the Syracuse University College of Law in 1960 and was admitted to the Bar that same year when he joined the firm of Langan, Kinney, and Dwyer as an original partner where he remained until 2005 when the firm was dissolved. Jim was a member of the Onondaga County Bar Association, its Board of Directors and was at one time its President. He was honored by being selected by the Onondaga Bar as its "Most Distinguished Lawyer" for 2002. Jim was also a member the New York State Bar Association, its House of Delegates for six years and was named as Fifth Distract Vice President. Jim was a member of the Board of the Hiscock Legal Aid Society and became its president in 1984. Representing the Onondaga Bar, he was responsible for the creation and organization of the assigned counsel program representing indigent criminal defendants in Onondaga County in 1983 where that system remains generally in effect to this day. He was a communicant of St. Francis Xavier Church in Marcellus, was appointed to the Parish Council and served as a lay lector for over 40 years. Jim was elected as Marcellus Town Justice in 1983 and was re-elected until his retirement in 2010 when he moved to New Jersey to provide care for his wife and to be near one of his sons. He actively supported the Chief Judge's Action Plan for New York Justice Courts, which provided for retaining lay judges in the system. Upon his retirement as Town Justice he was honored by joint resolution of the New York Senate and Assembly for his service. Jim was appointed Village of Marcellus Attorney in 1967 and served in that position until 2009. He was the longest serving village attorney in the county. In that capacity Jim drafted the Village Zoning Law in 1972 and handled the legal requirements for various enhancements to the Village Sewage Treatment Plant among other endeavors. As Village Attorney, he also represented the Village Zoning Board of Appeals and the Planning Board. Jim adored his beloved wife of 59 years Ellen O'Shea Dwyer, who recently succumbed to Alzheimer's Disease. He is survived by his son Thomas A. Dwyer, MD and daughter-in-law Julie with granddaughters Lindsay Rose Dwyer and Lauren Ellen Dwyer all of Vineland, New Jersey and his son Anthony F. Dwyer and daughter-in-law Patricia with grandsons Michael Patrick Dwyer and Timothy James Dwyer all of Ramsey, New Jersey. Service and burial will be private. Contributions may be made to the Alzheimer's Association-Central New York Chapter, 441 W. Kirkpatrick Street, Syracuse, NY 13204.

Share Your Memory of
James
Upload Your Memory View All Memories
Be the first to upload a memory!
Share A Memory
Plant a Tree