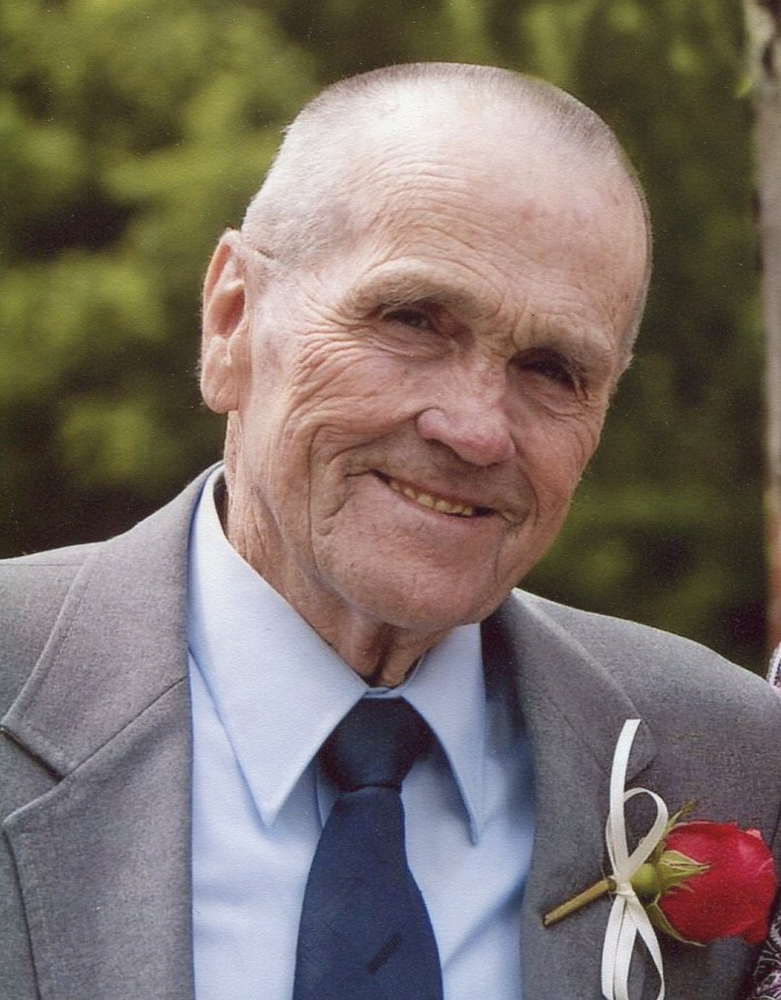 Henry Gooden of Marcellus passed away on March 4, 2020 at the age of 91. He was the son of the late Louis and Leona (Black) Gooden. Henry graduated from Marcellus High School in 1946 and graduated from college in Iowa, majoring in math and physics. He worked on the family farm before taking a job at Allied Chemical. In 1951 Henry married Ruth Purcell of Fabius. They raised nine children. Henry liked to garden, fish and travel to see his children. He was also predeceased by his brother John and granddaughter Elizabeth. Henry is survived by his wife of 68 years Ruth; children Terry (Mike) Hall, Carol (Kevin) Morris, Fred (Patty) Gooden, Mike, Linda (Dick) Parton, Ellen (Ben) Caccavale, Dana (Tim Kirby), Lenore (Duane) Schmitz and Bonnie (David) White; 15 grandchildren; 4 great-grandchildren; his brother Herbert; sisters Edith (Chuck) Hunter and Marilyn Decker; many nieces, nephews and cousins. Calling hours will be Sunday from 1 to 4pm, March 8th at Ryan Funeral Home, 44 E. Main St., Marcellus. A Funeral Mass will be Monday 9am in St. Francis Xavier Church, One West Main Street, Marcellus. Burial will follow at St. Francis Xavier Cemetery. In lieu of flowers, contributions may be made to Marcellus Fire Department, MAVES or St. Francis Xavier Church Steeple Fund.
Sunday
8
March

Share Your Memory of
Henry
Upload Your Memory View All Memories
Be the first to upload a memory!
Share A Memory
Send Flowers
Plant a Tree