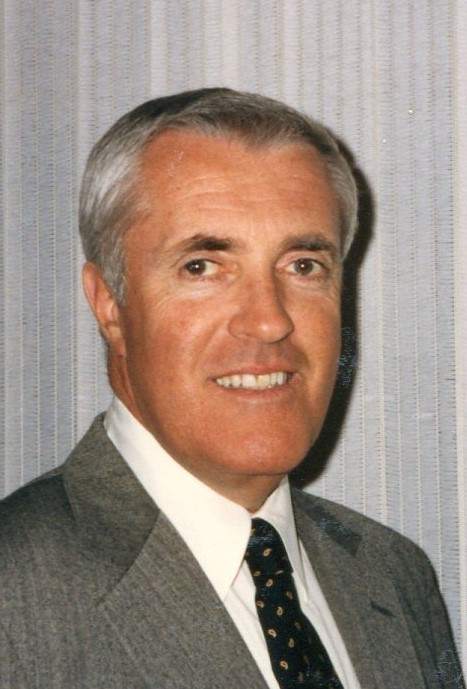 James T. "Zeke" Spaulding, 82, of Skaneateles, passed away peacefully Thanksgiving Day morning. Zeke's roots run deep in Marcellus, where he raised his family and later settled in Skaneateles. A 1956 Le Moyne graduate, he played basketball with the Dolphins; his coach and teammates became lifelong friends. Zeke graduated from SU School of Law in 1959, practicing for decades with Hancock, Estabrook, Ryan, Shove and Hust, the youngest at that time to earn partner; his expertise and talent was real estate law. Of his many and varied 'deals', the one he was most proud of was the conception and development of Tully Hill Chemical Dependency Treatment Center, which has served the region for nearly 30 years. An avid golfer, Zeke enjoyed his share of tournament wins with his faithful golfing comrades at both Tuscarora Golf Club and Skaneateles Country Club. He was a fiercely loyal and exceedingly generous friend. Jim was predeceased by his youngest daughter Kara in 1996; his parents Edna and A. Kenneth Spaulding, and two sisters Dr. Mary Spaulding and Dr. Suzanne (Alvin) Spaulding-Gehrke. Surviving Jim are his children Michael (Debra) of Atlanta, Mary (John) Menapace of Skaneateles, John of Auburn and Kathleen (Mark) Serling of Pittsford, and he leaves behind eight beloved grandchildren. Friends may call from 3 to 6pm, Tuesday, November 28th at Ryan Funeral Home, 44 E. Main Street, Marcellus. A memorial Mass of Christian Burial will be celebrated 9am, Wednesday, November 29th in St. Francis Xavier Church, 1 West Main Street, Marcellus. Burial will be private. In lieu of flowers, contributions may be made to SAVES, 77 Fennell Street, Skaneateles, NY 13152.
Tuesday
28
November

Share Your Memory of
James T. "Zeke"
Upload Your Memory View All Memories
Be the first to upload a memory!
Share A Memory
Send Flowers
Plant a Tree